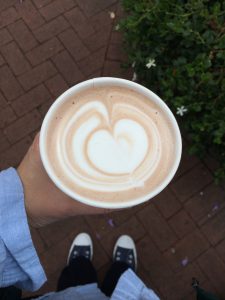 When I wrote my guide for white people about systemic racism, the main feedback I’ve received in emails and direct messages from white people is some variation of, “I’m not racist. Stop calling me that. My life was/is hard. I don’t have white privilege.”

There’s a big misconception out there of what it means to have white privilege. Having white privilege is not a “bad” thing. It is a responsibility. I tell you this with all the love in my heart, white people.

You, as a white person, don’t like or promote any of those things? Great! But, that does not erase your white privilege. You, as a white person, lived in an area that was predominately Black and experienced prejudice against you for your skin color? I understand, that has happened to me, too, but that was not reverse-racism nor was it Black Privilege, because neither of those things are Things That Exist because of this thing we call Systemic Racism.

Allow me to explain.

Because of the way we built our country and our constitution, non-white people were not thought of as Real People. They were livestock who could be owned like cattle. I mean, think about that for a minute. No, I mean FEEL about that for a second. It sucks. It’s really, really bad. And in our own constitution where we discussed the worth of people, our founding fathers decided Black people were worth oh, about 3/5th of Real White People.

We built our education system with white people succeeding in mind. We built our business systems with white people succeeding in mind. We build ALL of our systems with white people succeeding in mind. And in cases like Brown VS Education, we took what was working for Black people, meaning schools that were successfully educating their students, and we squished it by TRYING TO DO SOMETHING GOOD like eliminate segregation, and we forced those folks into environments where not only were they not wanted, but the entire system was set up to help white folks succeed and not them. Brown VS Education highlights just how much we, as white people, screw things up that we don’t understand because we aren’t willing to look fully and unflinchingly at our own white privilege. Segregation? Bad. Yes. Let’s agree that dividing people solely on the color of their skin is bad. But forcing people into a SYSTEM where ONLY white children will be successful because we aren’t willing to truly listen to what their needs in education are or to train our teachers to understand the deep and soul-rocking after-shocks of what generations of slavery have done to their families is unconscionable. Why not get rid of the white schools and put the white kids into the schools where the Black kids are learning? That’s not even an option because White is the Gold Standard. What is White is what everyone should want. I would bet good money that as the discussion went forth on how to integrate the schools, it was never even a question that they wouldn’t take the Black kids and insert them into the white schools. And this is a pattern that is replicated in every single system in our country. Hence = systemic racism based on white privilege.

If you have white skin, are you supposed to spend the rest of your life feeling guilty about it? <-- actual question I was asked. Well, I guess that's up to you. You can choose to feel any way you want about it. But, I can tell you that your guilt isn’t helpful in making anything any better. It’s going to keep you stuck where you are in your feelings, and your feelings don’t get any work done. I feel great about having white skin because that’s how God make me and I look for opportunities to use it for the benefit of those who don’t have it. God also made tons of people around the world in beautiful other shades besides white and they are all just as good as I am, but they might not have the same opportunities that I have. I go out of my way to look for people who don’t have white skin wherever I go so I can kind of monitor out of the corner of my eye if anyone is going to give them a hard time so I can intervene, especially now since Nov.9. And I try to recognize in all situations where things come easily to me how it might not be the same for others. That’s my responsibility because I was given this skin I did nothing to deserve. No, I don’t feel guilty about having white skin. I look at it like a sacred responsibility to use it for others. I’m no saint. I make a ton of mistakes. I have so much to learn about my own white privilege still. But, that’s ok. I’m trying, I’m teachable, and I’m paying attention.