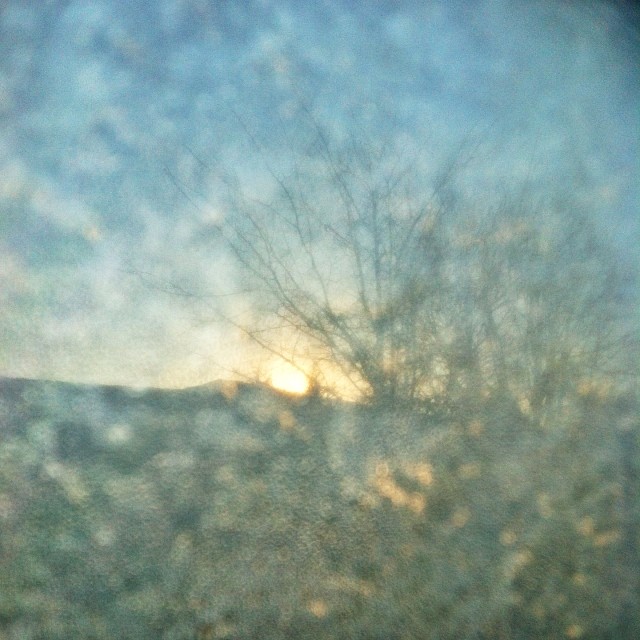 I flew to Seattle over the weekend. It was frosty and cold but the sun was shining and I didn’t take my sunglasses because I didn’t think I’d need them. It was Seattle. But there was the sun waiting for me when I got off the plane, saying hello, welcome, hope you have a good weekend.

In the morning, the leaves and grass were tipped in ice and crunched underfoot. My sister was busy scraping ice off the windshield with her credit card and I bent low to take photos of the groundcover. Not helpful in the grand scheme of things, or even in helping us get to the conference on time, but look what we would have missed. 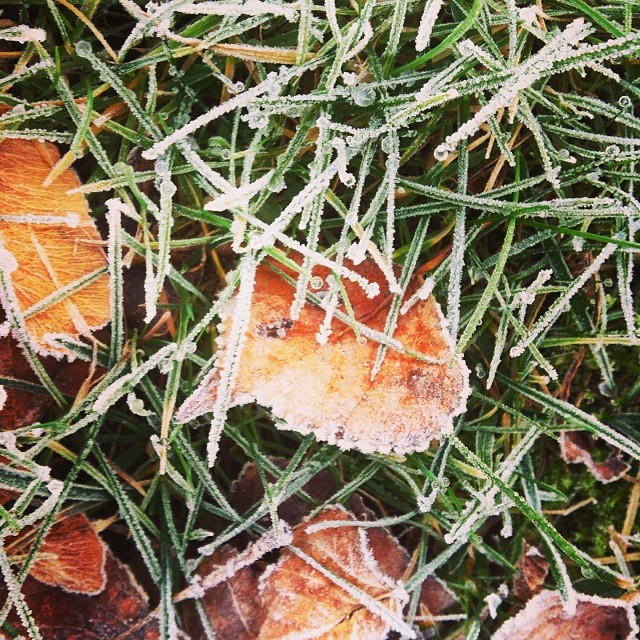 I went for work, but I spent that time with my sister because we work together and so it didn’t seem worky at all. We talked about energy work and healing and Spirit Guides and how many times we’ve already died in our lives up til now. It turns out we’ve both already died quite a few times but that’s great because we’ve had at least one more new life than death so far. That’s how it works. 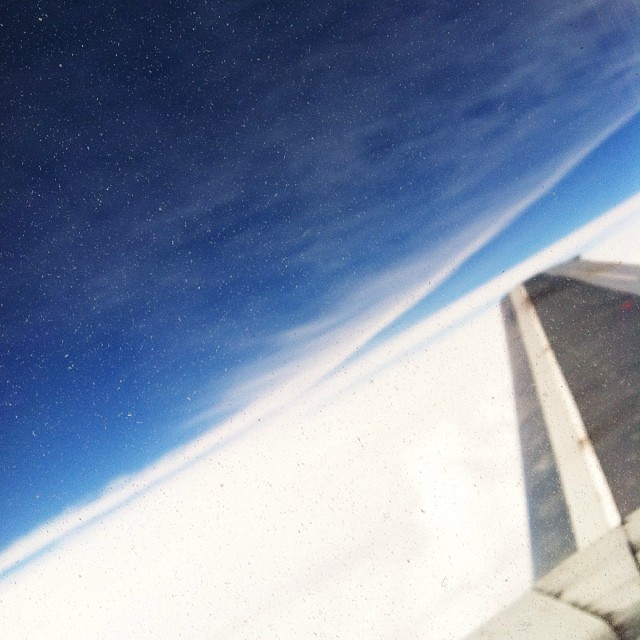 I hurtled home in the stratosphere, hanging by a thread in the Universe, and pondered quantum physics. My niece and I had discussed the night before how nothing really exists when you get right down to it because of the space between atoms which makes you and I and everything basically air. Or not air, actually, a vacuum. I held that thought and wondered if it was scary or unnatural feeling and realized no, it wasn’t.

We came closer to earth and finally I saw the rooftops and then the cars moving along streets that snaked across the earth creating grids of order which made my brain happy and contented just to watch. The engines roared and the pressure in the cabin changed and some babies started to cry and I thought, as I popped my ears, I remember when mine were babies and dreading that moment in every flight and how the other people on the plane would start to judge you and wish you didn’t exist and that you were in a vacuum, so I smiled at the mom and sent her a hug in my mind.

The green rushed up to meet us and I knew what I was made of was love, in those in between spots where the atoms weren’t. Even when we forget for awhile, if we just look at the frosty grass and hug our family and smile at a stranger, maybe we can feel it again and stronger and longer next time. 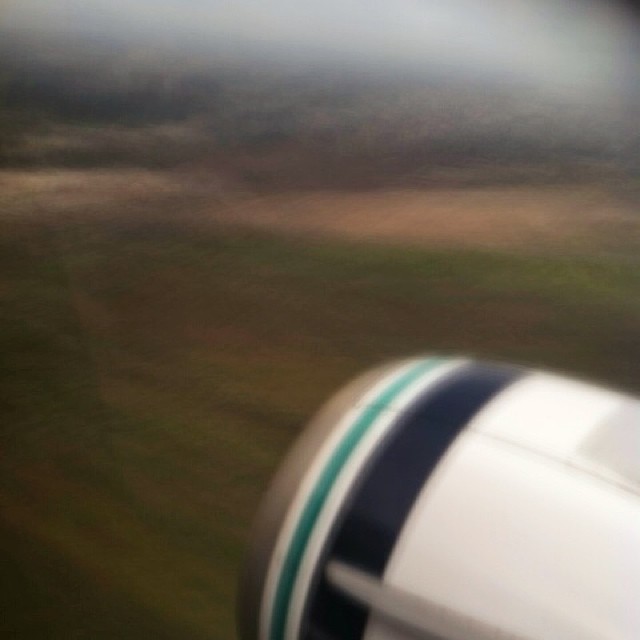 2 Replies to “Quick Trip to Seattle”