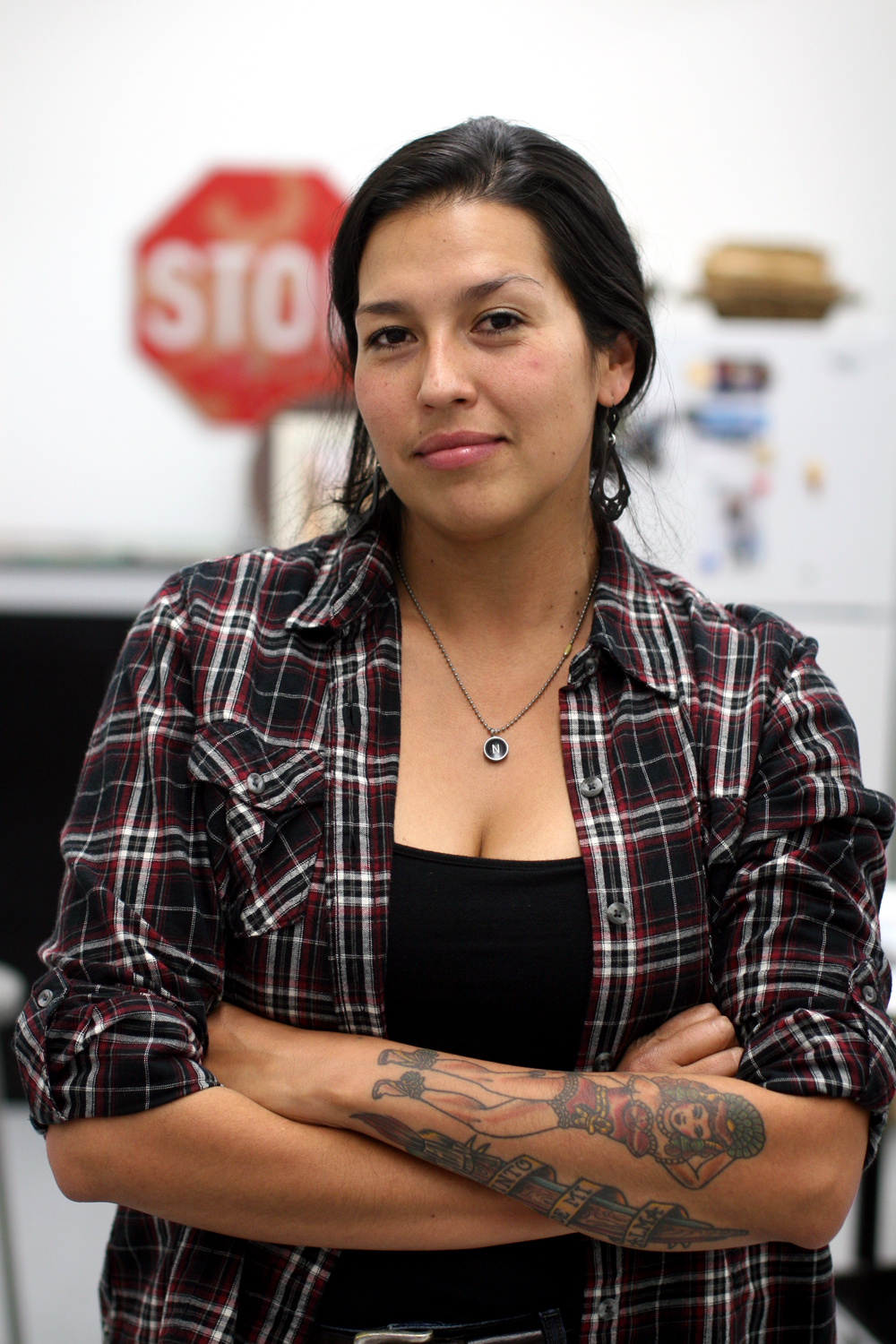 Nuvia Crisol Guerra is passionate, well-spoken, well-informed and charismatic. It’s easy to see why she was chosen to be the guest-curator of such an important show focusing on the Latina experience: Domestic Disobedience, Redefining the Feminine Space.

It all started with an essay by Amalia Mesa-Bains, entitled Domesticana: The Sensibility of Chicana Rasquache. Nuvia said it so closely spoke to her own experience, that she knew she wanted it as the focus of the show.

Amalia Mesa-Bains’ essay speaks to the esthetic of Chicano art, how rasquachismo comes out of simple survival; in the home, their personal lives and in the studio. It’s using objects that they’ve known their entire lives – what’s been around them – in a new way. 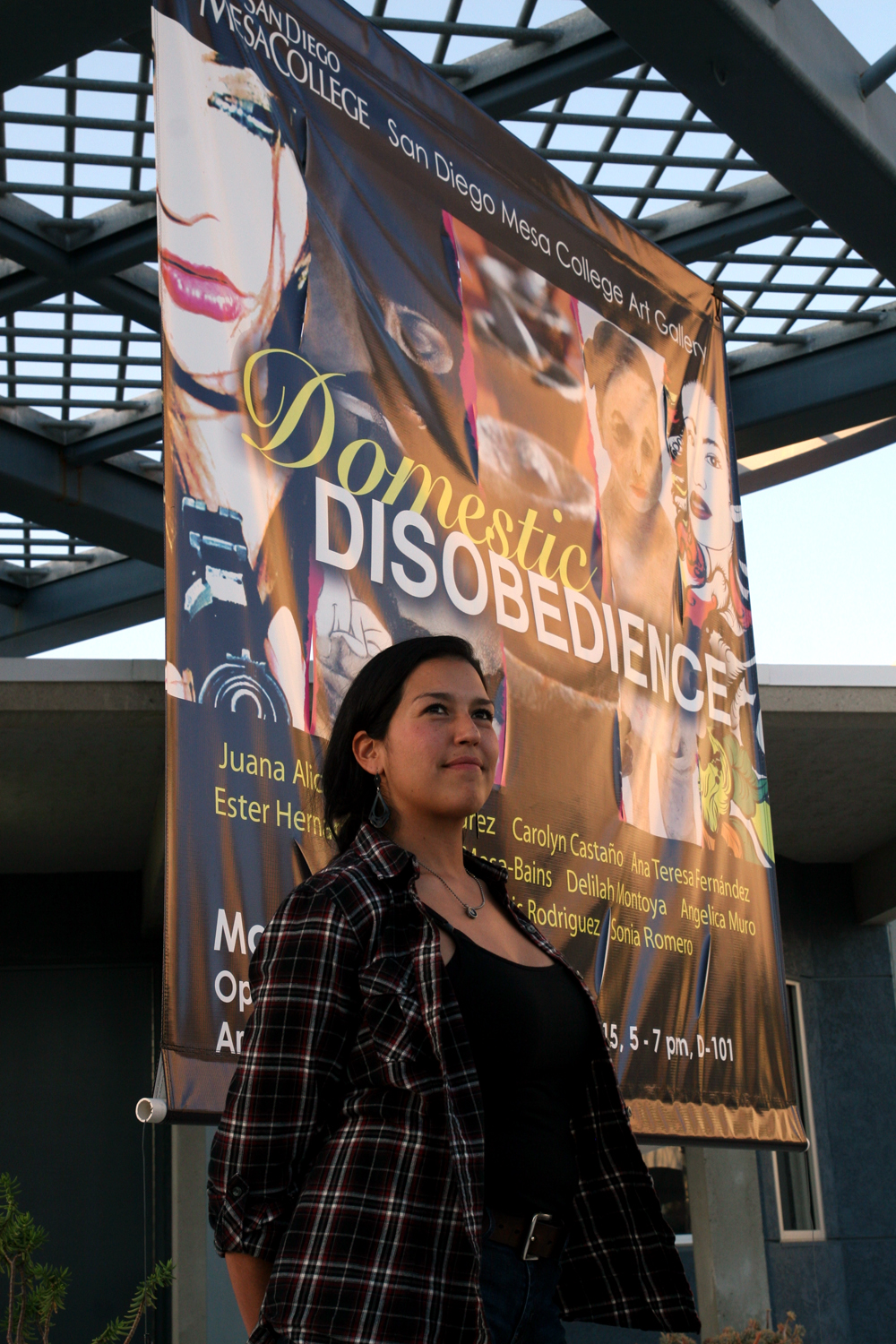 Nuvia tells me about how growing up, her parents would grow plants in broken coffee pots or milk jugs, whatever they had. She tells me about visiting her family in Mexico and how they placed used tires to create a retaining wall. “It’s about using elements for something where they are not supposed to be used, because it comes down to survival and it’s then reflected in Chicano art,” she says.

Amalia Mesa-Bains’ essay includes the civil rights movement, the Chicano movement and the gender stratification that starts in the home. “I’m a visual artist and my work has always focused on the Latina experience and my personal experience as Latina, and the conflicts and challenges I’ve had, and the choices that I’ve made in having an education, getting married much later than my parents would have liked, and my choice of not having children,” Nuvia tells me.

“Thinking about all those conflicts and challenges, I looked at other artists to see how they were resolving some of these conflicts, how it was coming out in their work.” 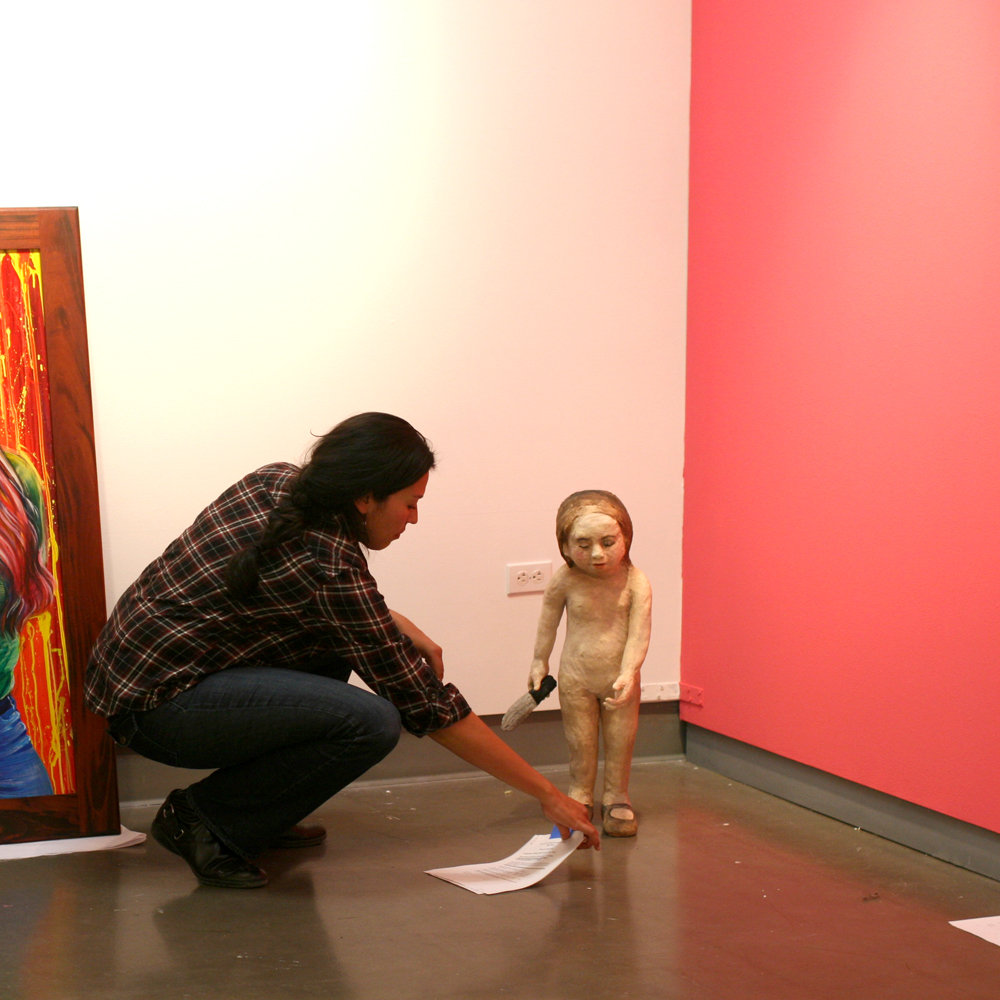 “Even though these female artists were involved in the Chicano movement, once it became about their home, they still had the challenges, had these roles they had to fulfill, and if they didn’t, a conflict was created with their spouses, within their family, and at times were too much to bare. This is not only amongst women of color, but all women artists.” 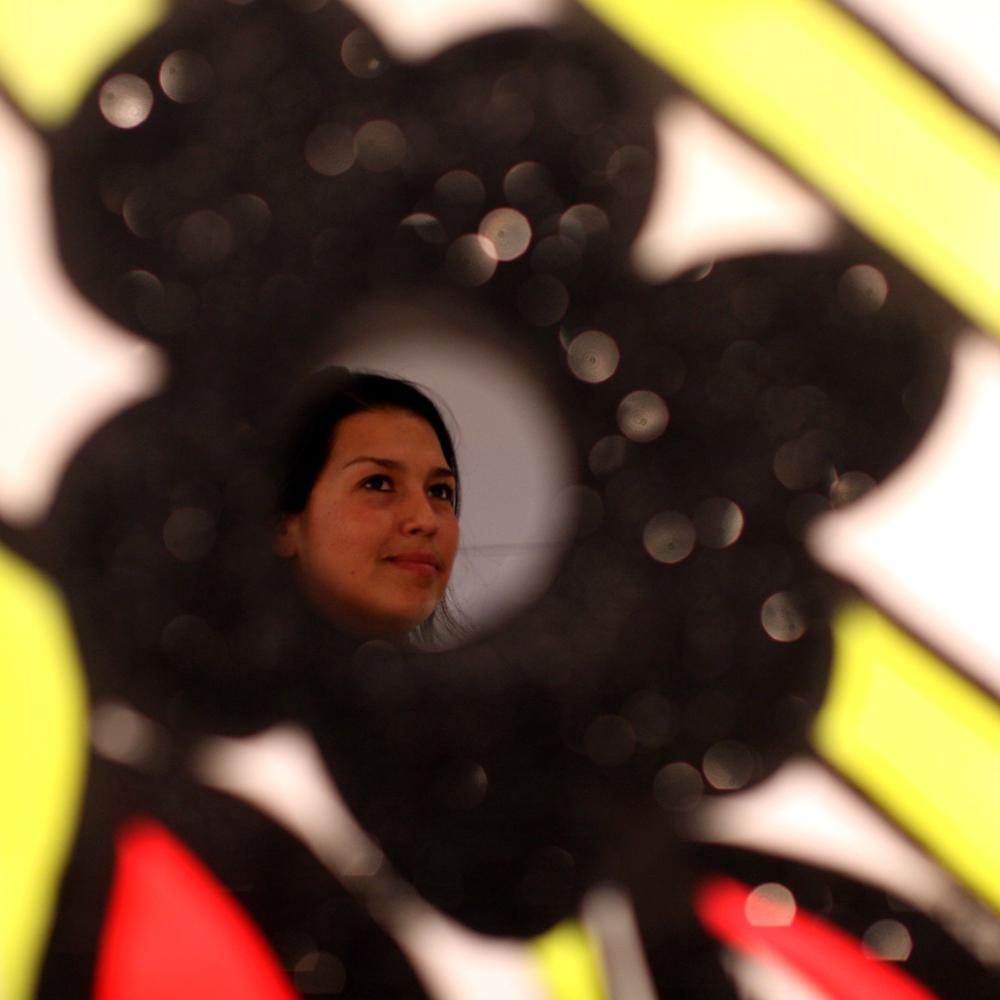 “All that has resonated with me as I decided to make art more, a bigger part of my life. It’s scary to think about becoming a sustainable artist and putting together all my skills to succeed and to do this as a professional career. Pretty much what I’ve learned … is that it’s at all costs,” Nuvia tells me.

Here’s a look behind the scenes of Domestic Disobedience with Nuvia at the San Diego Mesa College Art Gallery (Exhibition and artist details below the video):